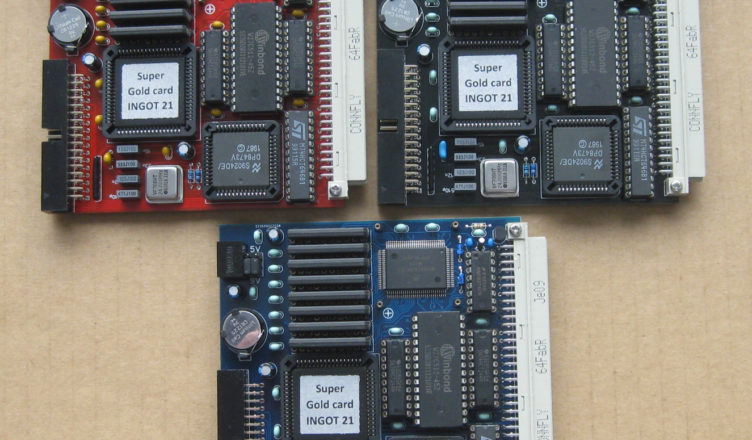 Almost everybody already knows that the quite famous Tetroid has created new interfaces and boards, even cloning (and to a certain extent improving) the milestone “mother of all expansions”: the Super Gold Card.

On the wave of this big boost, recently in the international Forum  (www.qlforum.co.uk) we’ve already seen the rise of hypotheses about a worthy successor to this excellent board.

Between words and deeds there is surely a big gap; anyway this need exists, and in this case it’s not about mere fantasy, but by now feasible hypotheses.

According to some, at this point it would be more convenient to redesign the whole QL motherboard; anyway, leaving aside the most obvious features (more RAM etc.), the ones which emerged more times are:

Some argue that there is already the Q68, and in a sense it’s true. The Q68 is a great stand-alone machine, compact and with great potential. Nevertheless here it’s about something quite different, in the sense that what is really lacking seems to be something radically new for the QL.

By the way, it’s ongoing the assessment of the feasibility of a simple kit (for which a first scheme has already been proposed) to enable the insertion of Q68 into a QL, replacing the motherboard. This would be to the advantage of all those who prefer to maintain a certain design and retro emotions. The only quite difficult aspect would be the keyboard management. So, also this project apparently supports the need for something which is not external but that can be placed into the QL case.

Someone pointed out that the only flaw in this project are the Q68 speed restrictions, and this should not be underestimated; indeed also this is being discussed.

Here below are other important subjects:

The dialog proceeded with remarks made by Nasta and other “gurus”; then the topics became more and more technical and complex. For anyone who wants to deepen, I suggest to refer to the Forum directly.

Such new ideas can only benefit the QL scene. Naturally, there’s no assurance this project will become real; but since overall the discussion has been vibrant from the beginning, and remarks made by various “gurus” have been frequent, I think we can say that the preconditions are positive.

One thought on “Beyond Super Gold Card”