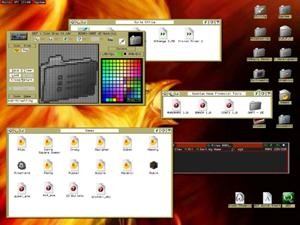 The need for a new approach.

The QL community has always been rigid, leathery, disinclined to unbend. No matter if Sinclar sold the project or if Amstrad closed it: QL enthusiasts continued undeterred to produce hardware and especially software, rewriting and expanding the operating system and, once they could no longer produce or update the hardwares, they wrote emulators in order to keep QL alive.
So many people in the QL thirty years life engaged in producing new things, in improving what had been produced, in correcting errors.
But no one has ever thought to organize the work of all these people in order to make it consistent, as if, by analogy, dozens of skilled mechanics had built all the parts of a car but, for some mysterious reason, nobody had ever proceeded to assemble them.
Customers were forced to manually download the single pieces and assemble them to get a completed product; It was necessary to be constantly up to date, otherwise you risked to miss some pieces.
This entailed a huge waste of time for experienced users, and frightened newcomers, so people fled though unwillingly to other more user-friendly systems.

The “distros” arrive to QL

Black Phoenix fix all the problems listed above: simply download the application, unzip it, and QL is ready to be used.
Black Phoenix is the first QL distribution not intended as a set of programs embedded in one store, but as a ready-to-use system; each single program is installed, configured, documented and indexed in the system menu.
Black Phoenix is totally based on free software produced over the years by various QL users, and it’s provided exclusively free.
Black Phoenix is a multilingual project. 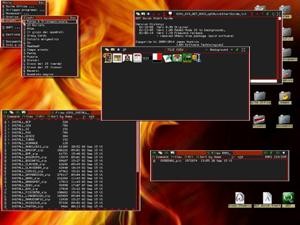 But what’s exactly a distribution?

Distribution software (abbr. “distro”) defines a software collection related to one or more applicative areas, selected and distributed as a single package.
The main feature of a distribution software is its configuration designed to create a work environment variously consistent, according to one or more shared features. The main philosophy is: the operating system is the combination of all the required softwares to get the full hardware utilization.

Meaning of the name

Why did we choose this name? The reference to the Phoenix intend to be favorable: as the Phoenix rises from its ashes, as Quantum Technology team hopes for a new rebirth for QL and its operating system. “Black” has been added referring to QL original color.